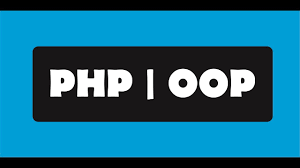 Q:- What is Object Oriented Programming?

In object oriented programming, everything revolves around the objects and class.

A class is a template for an object, a user-defined datatype that contains variables, properties, and methods.

Class represents all properties and behaviors of object.

Objects are created from Classes, is an instance of a class that is created dynamically.

Object in programming is similar to real word object. Every programming object has some properties and behaviors.

Q:- What is the relation between Classes and Objects?

They look very much same but are not same.

Suppose we have a class Person which has attributes and methods like name, age, height, weight, color etc.

Class Person is just a prototype, now we can create real-time objects of class Person.

Q:- What is Constructor and Destructor?Constructor:

Constructor is a special type of function which will be called automatically whenever there is any object created from a class.

Note- Old style constructors are DEPRECATED in PHP 7.0, and will be removed in a future version. You should always use __construct() in new code.

Destructor is a special type of function which will be called automatically whenever any object is deleted or goes out of scope.

Q:- What is Member Variable and Member function?

Member Variable − These are the variables defined inside a class. This data will be invisible to the outside of the class and can be accessed via member functions. These variables are called attribute of the object once an object is created.

Member function − These are the function defined inside a class and are used to access object data.

Q:- What is different types of Visibility? OR What are access modifiers?

NOTE: By default, in PHP, a class member is public unless declared private or protected.

Q:- What is Encapsulation?

Wrapping up member variables and methods together into a single unit (i.e. Class) is called Encapsulation.

Q:- What is Abstraction?

Abstraction is a concept in which implementation details are hidden.

Abstract class are class which contains atleast one or more abstract method.

Abstract method is a method which is declared, but not defined.

Q:- Can Class Properties be Abstract?

No. there is no need for a class property to be abstract. Class properties and constants are not implemented, instead, they are declared, which in a way already makes them abstract. They follow the same rules and are treated the same way when declared in an abstract class as they would any other class.

Note: All the remaining classes which are not abstract are called Concrete Classes

Q:- What is the need of abstract class?

Suppose we were modeling the behavior of animals, by creating a class hierarchy that started with a base class called Animal.

Animals are capable of doing different things like flying, digging and walking, but there are some common operations as well like eating and sleeping.

Some common operations are performed by all animals, but in a different way as well.

When an operation is performed in a different way, it is a good candidate for an abstract method (forcing subclasses to provide a custom implementation).

It is simply “One thing, can use in different forms”. Technically, it is the ability to redefine methods for derived classes.

Polymorphism describes a pattern in object oriented programming in which classes have different functionality while sharing a common interface.

The overloading methods are invoked when interacting with properties or methods that have not been declared or are not visible in the current scope. The rest of this section will use the terms “inaccessible properties” and “inaccessible methods” to refer to this combination of declaration and visibility.

An interface is an agreement or a contract. When a class implements an interface, It means it contains same public methods of an interface with their implementation.

In order to implement the polymorphism principle, we can choose between abstract classes and interfaces.

In accordance, the Circle class implements the interface Shape by putting into the calcArea() method the formula that calculates the area of circles.

The Rectangle class also implements the interface Shape but defines the method calcArea() with a calculation formula that is suitable for rectangles:

Now, we can create objects from the concrete classes:

We can be sure that all of the objects calculate the area with the method that has the name of calcArea(), whether it is a rectangle object or a circle object (or any other shape), as long as they implement the Shape interface.

Now, we can use the calcArea() methods to calculate the area of the shapes: echo $cirObj->calcArea();

Note:Polymorphism enhances the flexibility and reusability of the application

Q:- What is the key difference between concrete class and abstract class?

Q:- What is the difference between Abstract class and Interface?

Q:- When to use abstract class and interface in PHP? Explain with real world Example?Abstract class:

Abstract Class is used when you something you know (Concrete Methods) and something which you don’t know (Abstract Methods).

Interface is used when you don’t know anything about implementation. (All methods are abstract)

Consider we are developing a flights booking service.

Remember, In this application, we don’t own any flights. we are just a service provider mediator.

So, basically we need two methods:

So finally, Interface is useful because we are not aware of the actual implementation of all above methods required, we just only know the contract methods that vendor(implementer) should provide.

Q:- What is final keyword?

PHP 5 introduces the final keyword, which prevents child classes from overriding a method by prefixing the definition with the final. If the class itself is being defined final then it cannot be extended.

Note: Properties cannot be declared final, only classes and methods may be declared as final.

Q:- What is STATIC keyword and what is it’s use in PHP ?

Declaring class member variables or methods as static makes them accessible without needing an instantiation of the class. A member declared as static cannot be accessed with an instantiated class object (though a static method can).

Traits are a mechanism for code reuse in single inheritance languages such as PHP.

Note: Multiple traits can be used in a class by listing them in the use statement, separated by commas.

If two traits insert a method with the same name, a fatal error is produced, if the conflict is not explicitly resolved. To resolve naming conflicts between traits used in the same class, the insteadof operator needs to be used to choose exactly one of the conflicting methods.

Since this only allows one to exclude methods, the as operator can be used to add an alias to one of the methods. Note the as the operator does not rename the method and it does not affect any other method either.

The Aliased_Talker makes use of the as an operator to be able to use B’s bigTalk implementation under an additional alias talk.

Q:- What is Type Hinting in PHP?

Type Hinting is used to specify the expected data type (arrays, objects, interface, etc.) for an argument in a function declaration.

It is beneficial because it results in better code organization and improved error messages.

Suppose we want to force a function to get only arguments of the type array, then we can simply put the array keyword before argument’s name.

It is also know as Type Declaration.

Q:- What is Namespaces in PHP?

Namespaces is used to avoid conflicting definitions and enables more flexibility and organization in your code base.

In PHP version 5.3 a new feature was added to the language known as namespace.

In PHP we can’t have two classes that have same name. Name should be be unique. The issue with this restriction is that if you are using any third party library which has a class named User, then you can’t create your own class with name User.

You can import namespaces into anohter namespace or class using the “use” and “as” keywords.

Q:- What is __NAMESPACE__ ?This is a constant that refers to the current namespace. In the global namespace, this constant has no value, or an empty string.

Q:- How to count objects of a class in PHP

Q:- What are the advantages of object oriented programming?